For the past ten years, I have been carrying out research on Comfort Women in order to write my novel manuscript Five Thousand Days of Autumn. While taking a course at Emerson College, I was introduced to the topic of Comfort Women in a class on World History. The book only included two sentences on Comfort Women and the topic wasn’t mentioned any further in class. The two sentences stated, “Throughout Japanese colonialism between 20,000 to 310,000 women were taken into sexual slavery. They were euphemistically known as Comfort Women.” Upon further research, I learned that during the Asia Pacific War, there was an urgent call for female volunteers to serve in an already active militarized system of prostitution. When not enough women volunteered, there was a shift from obtaining women within brothels inside the borders of Japan, to luring women with the promise of factory work, to capturing both women and girls in colonized countries while on the war front. These women were called 従軍慰安婦, Jugun Ianfu: Comfort Women. They were systematically rounded up and imprisoned in comfort stations where they were repeatedly raped and abused by military personnel from 1932 to 1945.

Violence against women during war or armed conflict is an issue that spans all societies and cultures; historically, very little has been done to address sexual violence during times of conflict. At the end of World War II, the Japanese government went to great lengths to conceal the sexual violence committed. It was only in the 1990’s that the United Nations began to address wartime violence against women after the media spotlighted rape victims in Serbia in the news, and authors such as Chang-Rae Lee and Nora Okja Keller—drawing on historical research by Dai Sil Kim-Gibson and Yoshimi Yoshiaki, among others—exposed the crimes against women during the Asia Pacific War to the public through popular media and literature.

I’ve always been interested in counter-narratives of world history and of America—historically silenced or underprivileged stories that change the way we remember the past—because without them we are limited by histories of the dominant paradigm. The diverse stories and lost histories of comfort women haunted me. And so my research began.

Women’s Museum on War and Peace

I applied for research grants and travel funds in order to travel to Japan and China to learn more about the experiences of comfort women. I was awarded the Rosa Colecchio Travel Grant which helped me to visit the Women’s Active Museum on War and Peace (WAM) in Tokyo, Japan.

At the WAM, I studied first-hand accounts of comfort women and carried out historiographic research on the women from Japan. Japanese comfort women—unlike Korean and Chinese comfort women who have slowly begun to tell their stories—are the least examined population due to their silence. After applying to teach in China, I was able to visit a deteriorating comfort station in Nanjing, China in 2013 and again in 2014 to study the living situations of the women who were trafficked into China as Japan’s empire spread. 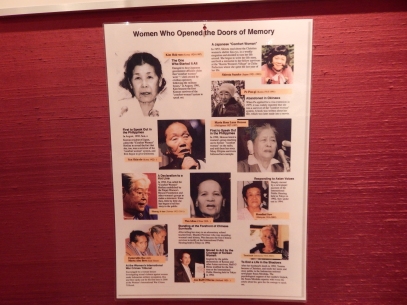 Comfort Women who Broke the Silence. Picture taken at the WAM Museum in Tokyo, Japan.

Since I am a fiction writer, I decided to ultimately explore the experience of a fictionalized Japanese Comfort Woman through the novel form by creating a composite character from the histories I read. The novel, Five Thousand Days of Autumn, explores the experience of Nakashima Wakana (Kana), a former Japanese comfort woman after she arrives in the United States with her American husband Raymond. Kana shares nothing of her past or her six years of imprisonment as a forced sexual slave after being captured from her home in Japan by civilian traffickers at age fifteen. Although set in a small American town in 1951, the novel travels back in time to Japan and the war camps in China as Kana grapples with the ghosts of her youth. 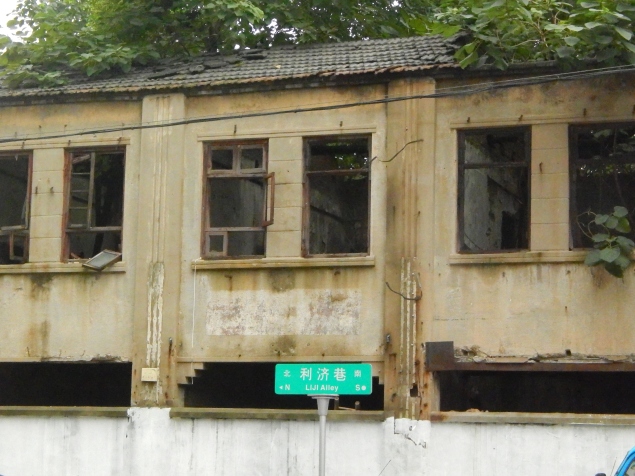 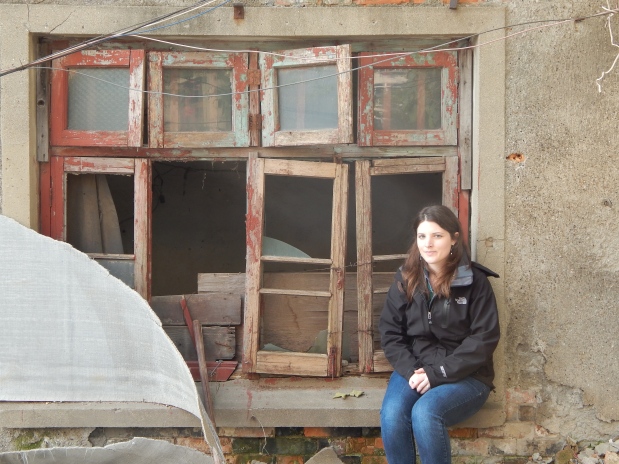 To read some of my other creative work, see here: